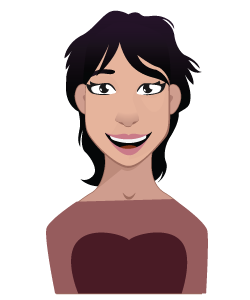 For many years, I lived a lifestyle that was creating a huge "carbon footprint." While I knew that environmentalists would not be happy with how wasteful I was (I didn't even recycle!) and the fact that I drove to the corner store instead of walking, I really didn't think that the acts of one person could really impact the earth that much. As I grew older, I realized just how my actions impacted the earth and vowed change my life to reduce my carbon footprint. I started recycling, and then I began walking when I could instead of driving. I now own a bike and ride it almost everywhere! I want to use my experience to help others realize that it is never too late to begin living an eco-friendly lifestyle. I plan to post many tips about how to live an eco-conscious life, so come back often for them!

You can help combat climate change and illness due to harmful fuel emissions by switching from gasoline to diesel fuel. Highway diesel fuel burns cleaner than gasoline fueled engines due to lower sulfur content--and here's why:

Here's the science in a nutshell: sulfur mixes with the atmosphere to form sulfur dioxide which rains down to the earth in fine particulate matter. Particulates have a diameter of no more than one-tenth of the diameter of human hair and can be ingested by humans. According to the Union of Concerned Scientists, these particulates can pose health risks to young children and asthmatics. Since 2014, all diesel fuel produced and sold in the United States now falls under the Environmental and Protection Agency's standards for Ultra Low Sulfur Diesel (ULSD) fuel. This means that all diesel fuel now contains a maximum of 15 parts-per-million sulfur rather than the up to 5,000 parts per million prior to 2014.

Knowing This, Consider a Change

If your car is a 2007 model or later, it will use the "new" standard for diesel fuel. The 2014 EPA standard is actually not that new, it has been slowly phased in for vehicle use since 2006. With the diesel sulfur reduction, if you decide to switch to diesel for your model year 2007 or later car, you will be reducing emissions up to 90 percent. You will also get better fuel economy by using diesel fuel, according to the U.S. Energy Information Administration. This means you can help save energy, people and the environment.

The Costs to Change

You can change a gasoline fueled car into a diesel fueled car by switching out the engines. Do your homework and make sure that it is lawful in your state to convert a gasoline engine to a diesel engine. In some states, it's considered "tampering" and is illegal. All converted vehicles must meet EPA guidelines for emissions and safety. If your state allows the conversion, never buy a kit and do it yourself unless you are an auto professional. Next, consider how much time, labor and cost as opposed to simply getting a new diesel fueled car. Keep in mind, however, that if you already have a diesel car, that you can further reduce emissions by using biodiesel fuel. No changes are necessary.

Diesel runs clean. Diesel is scientifically proven to help the environment and the humans therein. If you decide you want to start driving a vehicle that runs on diesel, check out http://unitedoil.net for more information.